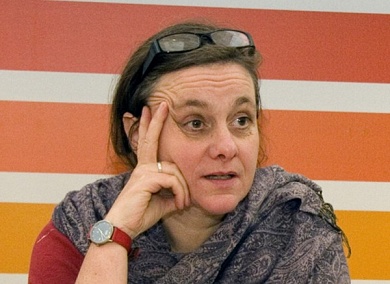 Alice Creischer, born in Gerolstein in 1960, studied Philosophy, German literature and Visual Arts in Düsseldorf. In the Nineties, Creischer contributed to a great number of collective projects, publications, and exhibitions. Her artistic and theoretic agenda within institutional and economical critique has evolved over 20 years, more recently focusing on the early history of capitalism and globalization. As co-curator of such exhibitions like Messe 2ok (1995), ExArgentina (2004) and The Potosi Principle (2010), Creischer has developed a specific curatorial practice that correlates with her work as an artist and theorist, including her extensive practice in archive research. Creischer has contributed to many publications and magazines.