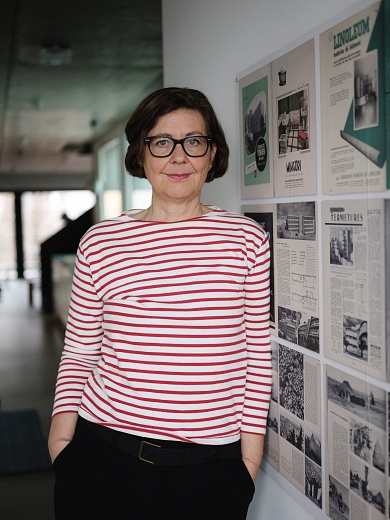 Previous research and exhibition projects include Viet Nam Discourse (2016–2018) at Württembergischer Kunstverein Stuttgart and Tensta Konsthall Stockholm, Aesthetics of Decolonization (ith, ZHDK Zurich/Center for Post-colonial Knowledge and Culture (CPKC) in Berlin); Model House–Mapping Transcultural Modernisms at the Academy of Fine Arts, Vienna, and the CPKC, Berlin (2010–2013); In the Desert of Modernity – Colonial Planning and After at Les Abattoirs de Casablanca (2009); and at Haus der Kulturen der Welt in Berlin (2008); as well as Projekt Migration in Cologne, initiated by the German Federal Cultural Foundation (2002–2006); and TRANSIT MIGRATION in Zürich, Frankfurt and Cologne (2003–2005). Between 2006 and 2012, she was Professor for Art and Communication at the Academy of Fine Arts, Vienna, and from 1999 to 2006 Professor of Artistic Practice and researcher at the Institute for the Theory of Art and Design (ith ZHDK), Zürich. Prior to that she was curator at Shedhalle Zürich (1996–1999). She is a founding member of the Center for Post-colonial Knowledge and Culture (CPKC, Berlin).