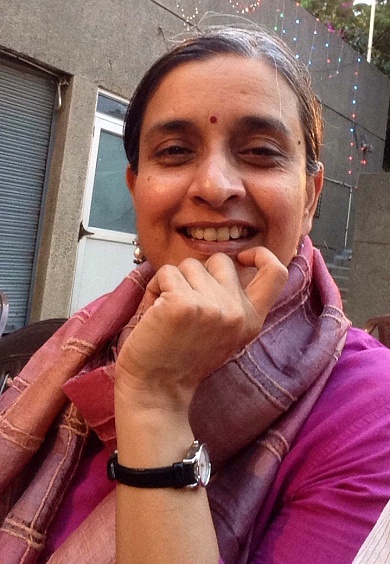 Suchitra Balasubrahmanyan is Professor at the School of Design, Ambedkar University, Delhi, India. Her research interests centre on nineteenth and twentieth-century craft and design in the Indian subcontinent from historical and sociological perspectives.

Suchitra’s doctoral work explored the warp and weft of the local-global contexts of modern design education in India, tracing the flows of ideas and expertise against the backdrop of decolonization and Cold War diplomacy. In the area of crafts studies, Suchitra’s last curatorial research project was on the brocade saris of Banaras at the National Museum, New Delhi in 2016. This project took a multidimensional approach to show how national cultural resources can have both pedagogic and popular value through research and display by establishing a live link between the museum, the university and the public.

Her most recent publications are:

She is co-author of:

The Shaping of Modern Gujarat: Plurality, Hindutva and Beyond, Penguin, London 2005; Ahmedabad: From Royal City to Megacity, Penguin, London 2011 and co-editor of Ahmedabad 600: Portraits of a City, Marg, Mumbai 2011 and Atoot Dor/Unbroken Thread: Banarasi Brocade Saris at Home and in the World, National Museum New Delhi, New Delhi 2016.

A forthcoming publication in 2018 is:

'Craft and Design in the Hindu Way of Life' for the Bloomsbury Encyclopaedia of Asian Design.