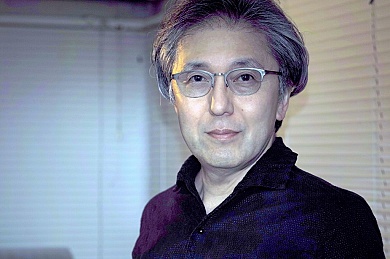 Hiromitsu Umemiya is Professor at the Graduate School of Human Development and Environment, Kobe University. He focusses on the Bauhaus's influence on Japanese design. For bauhaus imaginista Hiromitsu is Curatorial Advisor for the chapter Corresponding With.

Hiromitsu studied architecture at Kindai University (B.A.) and Kyoto Institute of Technology (M.A.). He obtained his doctorate at Kobe University in 1994. From 1983 to 1987 he was editor of the Japanese architectural magazine Toshi Jutaku (Space Design) by Kajima Institute Publishing Company. From 1994 until today he is a Graduate of Human Development and Environment at Kobe University.

In 2018 Hiromitsu is member of the Nomination Committee for Prizes of SAHJ at the Society of Architectural Historians of Japan.

'Naked Functionalism and the Anti-Aesthetic: Activities of Renshichiro Kawakita in the 1930s', in: T. Omuka and T. Mizusawa (eds.): Modernism / Nationarism; Art in the 1930s Japan, Serica Syobo 2003.

'The Tubular Steel Chair made in Japan in the 1930s: Echoes of the Bauhaus and its Historical Context', in: H. Fujita (ed.): A History of Japanese and Western Design: Exchange and Influence, Shibunkaku 2001.