Kurt Schwerdtfeger conceived of Reflektorische Farblichtspiele in 1921 as a student at the Bauhaus Weimar, studying under Oskar Schlemmer, Johannes Itten, Paul Klee, and Joseph Hartwig. Although the work has been discussed over the years in the context of abstract film, light sculpture, visual music, and expanded cinema, it is first and foremost a work of live performance. Decades before moving image performance would make its appearance in galleries and museums as an art form—a denotation the artistic practice still struggles to attain today—Schwerdtfeger recognized it as such, perhaps due to his immersion in the all-encompassing interdisciplinary approach of the Bauhaus. END_OF_DOCUMENT_TOKEN_TO_BE_REPLACED 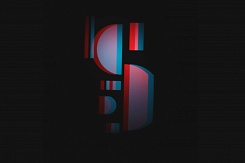 Many of the concepts and concerns Gyorgy Kepes presents in Language of Vision have their roots in the Bauhaus. Both Bauhaus artists and Kepes shared notions of a language of art elements, universal laws, structure, and order, linking these to their utopic hope that art would have a positive effect on mankind. However, a great physical and cultural distance separated the German Bauhaus of the 1920s and 1930s from the post-World War II New Bauhaus in America, where Kepes taught and wrote. END_OF_DOCUMENT_TOKEN_TO_BE_REPLACED

Design works employing light refraction, fixation, and reflection were already a feature of László Moholy-Nagy’s teaching at the Bauhaus. When in the summer of 1937 Moholy followed Walter Gropius’s advice and accepted Norma K. Stahle’s invitation to head the New Bauhaus in Chicago, he lay great store by György Kepes’s help in setting up the school in the New World. END_OF_DOCUMENT_TOKEN_TO_BE_REPLACED

Ronald Nameth has been working with film, electronics, video, and digital media from the 1960s until today. In addition to Warhol, Nameth has collaborated with several key figures in the arts including musical innovators John Cage and Terry Riley, photographers Aaron Siskand and Art Sinsabauagh, as well as many other artists and performers. In this interview with bauhaus imaginista he recalls how the New Bauhaus method of teaching allowed him to explore the nature of various media to better understand the medium itself and its creative potentials. END_OF_DOCUMENT_TOKEN_TO_BE_REPLACED

The examination of approaches, models and strategies for a redefinition of visual culture, the control of images and the shaping of perception made former Bauhäuslers interesting to the American establishment. Their knowledge was incorporated in the development of democratization tools that aid in the fight against fascism and, later, were strategically used against Eastern Bloc countries during the Cold War. END_OF_DOCUMENT_TOKEN_TO_BE_REPLACED 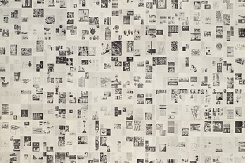 The Bauhaus is a monument—a book with the physical heft to match its scholarly ambition. Published in 1969 by the MIT Press, The Bauhaus: Weimar, Dessau, Berlin, Chicago stands fourteen inches tall, ten inches wide, and two and-a-half inches thick, weighing in at over ten pounds. It is the revised, expanded, and redesigned translation of editor Hans Wingler’s 1962 German tome Das Bauhaus, 1919–1933: Weimar, Dessau, Berlin. Muriel Cooper, the MIT Press’s first Design and Media Director, consistently rated the book as one of her proudest achievements among the nearly 500 she would design or oversee during her tenure. END_OF_DOCUMENT_TOKEN_TO_BE_REPLACED

What happened to the idea of the Bauhaus in the decades after the Bauhaus? This essay examines a key figure at the center of the global spread of the Bauhaus idea after the Second World War: the Hungarian-American artist, designer and visual theorist Gyorgy Kepes. Through his unusual experiments with science and technology, Kepes promoted ideas about interdisciplinarity and collaboration that first originated with Bauhaus modernism in the interwar period. But the conflicts and confrontations that defined Kepes’s career in the United States demonstrate how the Bauhaus became a fraught ideological battlefield during the politically contested years of the early Cold War. END_OF_DOCUMENT_TOKEN_TO_BE_REPLACED 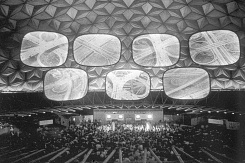 In 1959 Charles and Ray Eames presented their multi-screen film Glimpses of the USA inside Buckminster Fuller’s golden dome at the American Exhibition in Moscow. This propaganda project on behalf of the United States Information Agency  was part of a series of experiments into information overload as a new form of communication and persuasion. What was radical in 1959 has become every day. We are surrounded everywhere, all the time, by arrays of multiple, simultaneous images. The idea of a single image commanding our attention has faded away. It seems as if we need to be distracted in order to concentrate. END_OF_DOCUMENT_TOKEN_TO_BE_REPLACED

In the wake of Black Mountain College’s dissolution in 1954, two former students Paul and Vera Williams, left North Carolina and founded Gate Hill Artists’ Cooperative about an hour’s drive outside of New York City. “The Land,” as the Coop was often called by the artists, composers, filmmakers, choreographers, poets, and potters who built their homes and studios in this rural setting, evinced many of the pedagogical lessons of the Bauhaus translated through the American educational experiment in combining art and life that was Black Mountain College. END_OF_DOCUMENT_TOKEN_TO_BE_REPLACED

Bauhaus student Kurt Kranz (1910–1997) was a painter, illustrator, graphic artist, typographer, exhibition designer, inventor, programmer, pedagogue, and experimental filmmaker—an explorer of form and color in motion. By combining art, science, and pedagogy, he pursued the interdisciplinary approach of the Bauhaus throughout his life. END_OF_DOCUMENT_TOKEN_TO_BE_REPLACED

Costuming played a central role at the Bauhaus. Gertrud Arndt’s mask photographs (a series of 43 self-portraits) derive directly from these Bauhaus festivals. As well as a series of nine color photographs taken in direct succession at Black Mountain College in 1940 by Josef Albers. END_OF_DOCUMENT_TOKEN_TO_BE_REPLACED 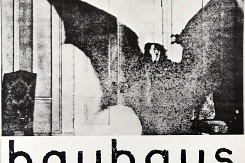 The influential post-punk band, Bauhaus, helped invent the musical genre and sartorial style of goth-rock. Formed in 1979, their nineminute-long debut single Bela Lugosi’s Dead includes a refrain that has also inspired the title for this exhibition chapter. END_OF_DOCUMENT_TOKEN_TO_BE_REPLACED

A significant number of central European and German refugees and émigrés sought refuge from war and fascism in Australia during the inter-war and post-World War Two years. These refugees and émigrés introduced an approach to modernism that was crossdisciplinary and derived its inspiration from a systematic approach to arts education. In this paper the authors offer case studies in order to highlight some of their commonalities, such as a commitment to reform education, a systemic interdisciplinary approach to modernist art education and, finally, color-light explorations in art, design and architecture that arise as a consequence of these educational philosophies END_OF_DOCUMENT_TOKEN_TO_BE_REPLACED

The Bauhaus’s teaching approach emphasised the idea of working as a community of creatives and producers rather than merely focusing on the traditional pupil-teacher relationship. In this essay the focus will be on the Bauhaus’s impetus to bring art and design into everyday life highlighting in Great Britain’s visual culture in the 1930s and between 1960s and 70s and how it influenced youth and popular culture during the swinging sixties in London. END_OF_DOCUMENT_TOKEN_TO_BE_REPLACED

In the 1970s the city of Leeds was noted as home of “the most influential art school in Europe since the Bauhaus,” and a thriving punk and post-punk music scene. Gavin Butt explores a small art school milieu in which avant-garde experiments in photography, performance, film and sound art gave shape to non-conformist presentations of the body and of sexual and gendered identity. END_OF_DOCUMENT_TOKEN_TO_BE_REPLACED 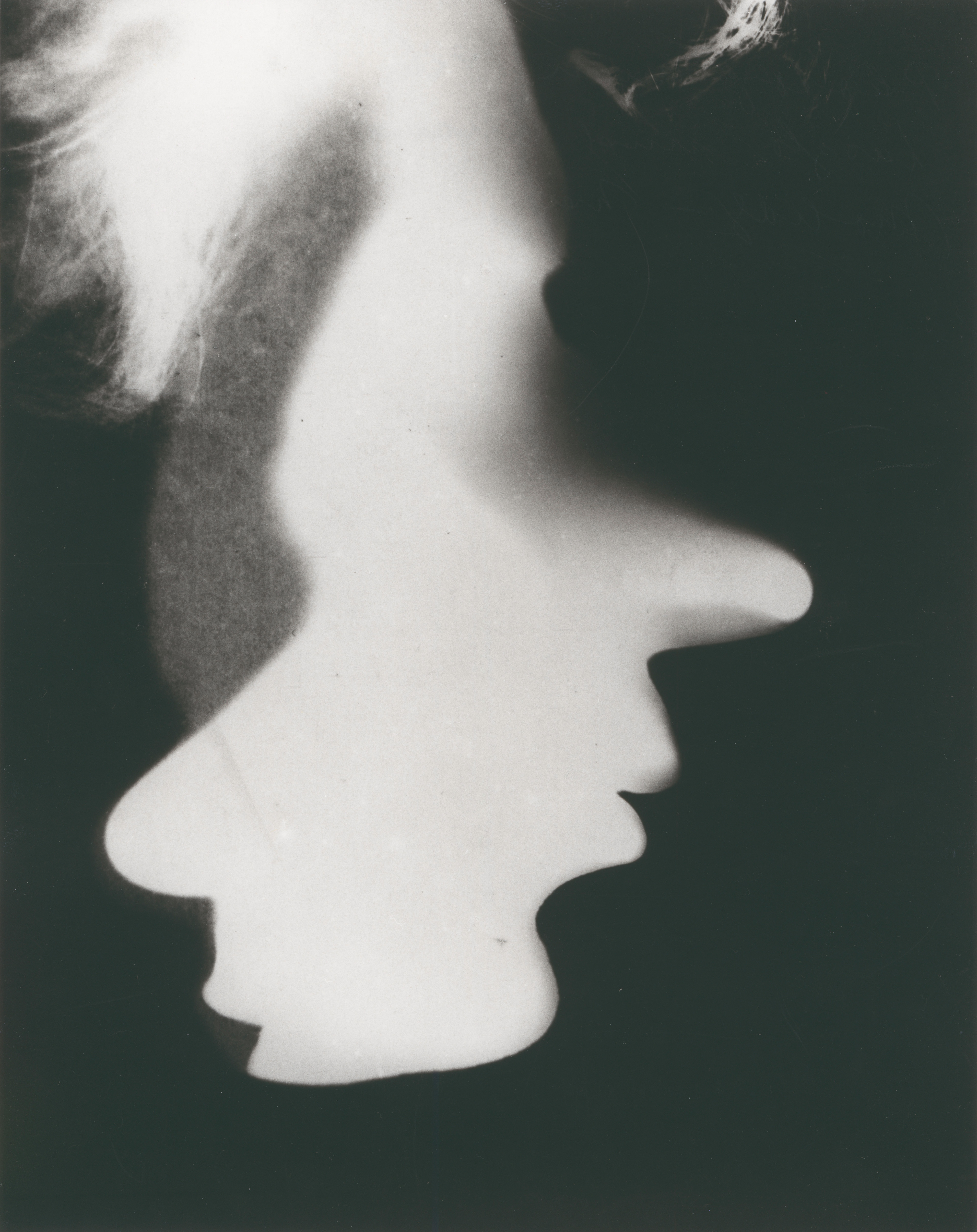 Considering the role of photography, and particularly, of the Bauhaus photographer Lucia Moholy, in developing and envisaging information systems during and after World War II this paper focuses on the connection between her pre-war practices and her work as the director of the ASLIB Microfilming Service in wartime London, using it to think through the direction of developments in media and information technology by drawing a comparison with Vannevar Bush’s famous essay “As We May Think” (1945). END_OF_DOCUMENT_TOKEN_TO_BE_REPLACED

One day in September 1936, Ernestine Fantl, a curator at New York’s Museum of Modern Art (MoMA) and Lázló Moholy-Nagy stood looking at the new Penguin Pond in London Zoo. Fantl was on a research trip for an upcoming exhibition, Modern Architecture in England, that would heavily feature the striking structures Soviet émigré architect Berthold Lubetkin’s firm Tecton had built at the London and Whipsnade Zoos, among them the Penguin Pond. Realizing “that no still photograph could do justice to the pool or its denizens,” on the spot Fantl commissioned Moholy to produce a film about Tecton’s animal enclosures. END_OF_DOCUMENT_TOKEN_TO_BE_REPLACED

Art colleges where the fine, applied and performing arts are taught under one roof often refer to the historical Bauhaus. Although the institution possessed no separate workshop for music, the experiments on the Bauhaus stage are regarded as prototypical for the further development of interdisciplinary art approaches later in the twentieth century. This text deals with the interdisciplinary art academy on the slide of a deregulated present. It reviews a number of developments to which we have already become accustomed. It is precisely for this reason that we should recall the opportunities offered by interdisciplinary education in both an artistic and political sense. END_OF_DOCUMENT_TOKEN_TO_BE_REPLACED 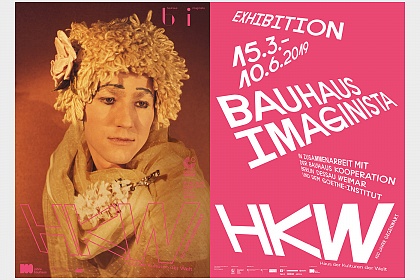 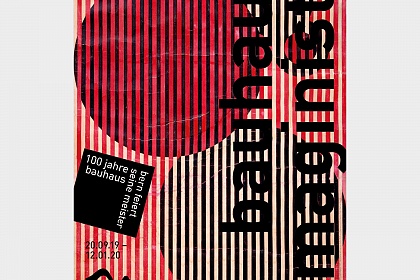 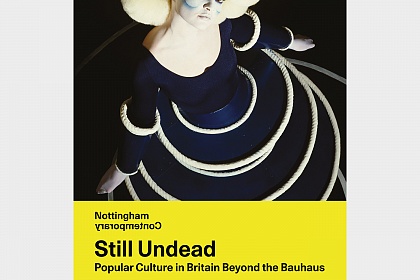 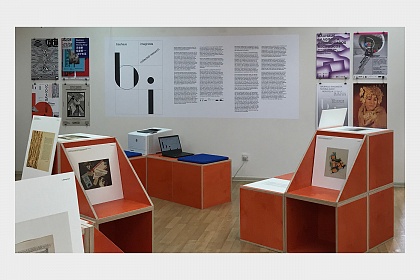