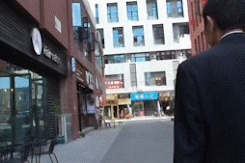 As a correspondent for the bauhaus imaginista project, Claire Louise Staunton was invited to share her impressions and thoughts of the exhibition in Hangzhou. The following text and gif collage is a personal encounter with Moving Away and an attempt to capture the affective dimension of the exhibition. END_OF_DOCUMENT_TOKEN_TO_BE_REPLACED

Photo documentation of the exhibition and events of bauhaus imaginista: Moving Away at the China Design Museum at CAA in Hangzhou, China END_OF_DOCUMENT_TOKEN_TO_BE_REPLACED 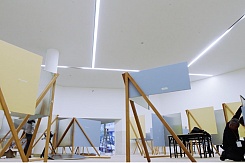 Documentation of the exhibition installation of bauhaus imaginsta: Moving Away at the China Design Museum of CAA in Hangzhou END_OF_DOCUMENT_TOKEN_TO_BE_REPLACED

As early as 1929, Kazuzo Saito, a Japanese teacher who had visited Bauhaus, came to Hangzhou National College of Art (the former China Academy of Art) to teach basic courses about modern design. Since the 1930s, Zhang Guangyu and other pioneers of modern design begun to actively introduce the Bauhaus and its concept into the curriculum, which laid the foundation for the development of modern design in China. END_OF_DOCUMENT_TOKEN_TO_BE_REPLACED

The industrial design and visual communication projects executed by faculty members of the Industrial Design Centre (IDC), Mumbai, and the National Institute of Design (NID), Ahmedabad, reveal their strong emphasis on securing a good “standard of living” through design for the Indian masses, and projecting the image of a modernizing forward-looking nation.  END_OF_DOCUMENT_TOKEN_TO_BE_REPLACED

In 2012, China Academy of Art (Hangzhou) set up the Bauhaus Institute in the context of establishing Bauhaus and European modern design collections. The Bauhaus Institute aims to explore the value of the Bauhaus heritage in the development of contemporary design through academic research, education & the popularization of design. END_OF_DOCUMENT_TOKEN_TO_BE_REPLACED 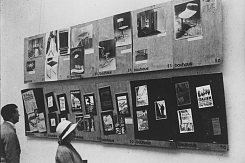 From the outset the Bauhaus created several national and international exhibitions to promote the school’s educational ideas, architecture and design ethos. These exhibitions had a significant impact on its reception. END_OF_DOCUMENT_TOKEN_TO_BE_REPLACED

The passenger ship Patris II transported the participants of the 4th International Congresses of Modern Architecture (CIAM) from Marseilles to Athens and back. Bauhaus teacher Moholy-Nagy, travelling as a “friend of the new building movement” produced this half-hour soundless film as a travel journal. END_OF_DOCUMENT_TOKEN_TO_BE_REPLACED 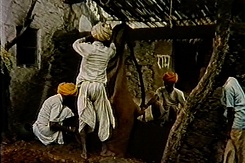 The NID was involved in a joint venture with the Indian Institute of Management, Ahmedabad in the adoption for development of a group of villages in Rajasthan. Could local self-reliance emerge from a process of mutual learning between communities and other groups of people? The film shows how leather work and weaving emerged as the opportunity and basis for sustained group effort. END_OF_DOCUMENT_TOKEN_TO_BE_REPLACED

The Bauhaus school was founded in Weimar in 1919; moved to Dessau in 1925; and finally to Berlin where it was closed by the National Socialist Party in 1933. The Bauhaus aimed to synthetize art, archi­tecture and design. It developed workshop­based teaching with learning from materials and its stated aim was to meet society’s needs. Under three directors Walter Gropius, Hannes Meyer and Ludwig Mies van der Rohe, the Bauhaus developed this approach in different directions. END_OF_DOCUMENT_TOKEN_TO_BE_REPLACED

The symposium of bauhaus imaginista: Moving Away was hosted by the Goethe-Institut Beijing, China.  END_OF_DOCUMENT_TOKEN_TO_BE_REPLACED 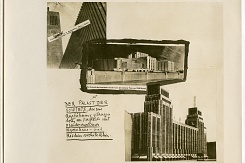 The article focusses on Richard Paulick’s sixteen-year exile in Shanghai. It is an examination of the interaction between a Bauhaus socialist and a Far East port city in its rush to modernize at the midpoint of the twentieth century. END_OF_DOCUMENT_TOKEN_TO_BE_REPLACED

The building theory classes at the Bauhaus focused on imparting a functional understanding of architecture. Building had become a science. As a result, the ADGB Trade Union School was designed logically from the inside out. Walter Peterhans’ photographs of the school images illustrate both the architect’s intentions for the building and the environmental studies conducted by Bauhaus students. END_OF_DOCUMENT_TOKEN_TO_BE_REPLACED 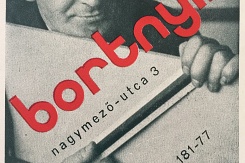 One of the many Hungarians associated with the Bauhaus, painter and graphic designer Sándor Bortnyik (1893-1976) opened his art and design school, Műhely, in Budapest in 1928 to bring the Bauhaus’s sprit and some of its teaching methods into Hungary. Even if Bortnyik’s school did not have the scope of the Bauhaus, it was an efficient experiment in an independent form of institutionalized education in the field of modern graphic design and typography. END_OF_DOCUMENT_TOKEN_TO_BE_REPLACED 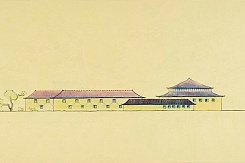 As early as the end of the 19th century up to the beginning of the 20th century, which is to say before the founding of the Bauhaus and after China’s forced opening through war to the outside world, China had already been witness to various experiments in modernization. Such experiments contributed to the laying down of a foundational mindset necessary for the acceptance of the Bauhaus in China’s traditional culture. END_OF_DOCUMENT_TOKEN_TO_BE_REPLACED

This essay explores the connection between Walter Gropius and I. M. Pei, as well as the influence of the one on the other. After completing his studies, I. M. Pei worked with Gropius on plans for a university in Shanghai, which he subsequently realized in Taiwan, than in association with Chang Chao-Kang and Chen Chi-Kuan. END_OF_DOCUMENT_TOKEN_TO_BE_REPLACED