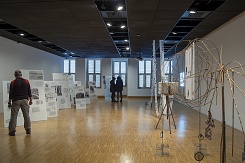 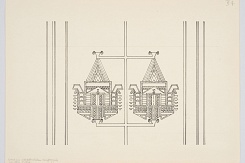 In this article Marion von Osten focusses on the curatorial research involved in two of the project’s four chapters: Moving Away and Learning From. She rethinks the importance of the migratory life of the Swiss architect Hannes Meyer and Bauhaus weaver Lena Bergner, starting with Meyer’s two-year directorship of the Bauhaus Dessau, the couple’s time working in the USSR (1931–1936), and, finally, their decade-long period as exiles in Mexico, which lasted from 1939 to 1949, the year they returned to Switzerland. END_OF_DOCUMENT_TOKEN_TO_BE_REPLACED

Selman Selmanagić’s childhood years in Bosnia, on the eve of the First World War, as well as his education in Sarajevo, Ljubljana and at Bauhaus Dessau between the two world wars, together with his work in Palestine and Berlin, shaped his worldview and experience with different cultures and traditions. Throughout his career, he perpetually strove to find contemporary answers for the challenges of the time he was living in. END_OF_DOCUMENT_TOKEN_TO_BE_REPLACED

“ARCH 101 Basic Design” is the title of the introductory course offered to the first-year students in the METU Faculty of Architecture (Middle East Technical University, Ankara). Since the establishment of the school, this course has been conducted with a very strong Bauhaus impact. END_OF_DOCUMENT_TOKEN_TO_BE_REPLACED